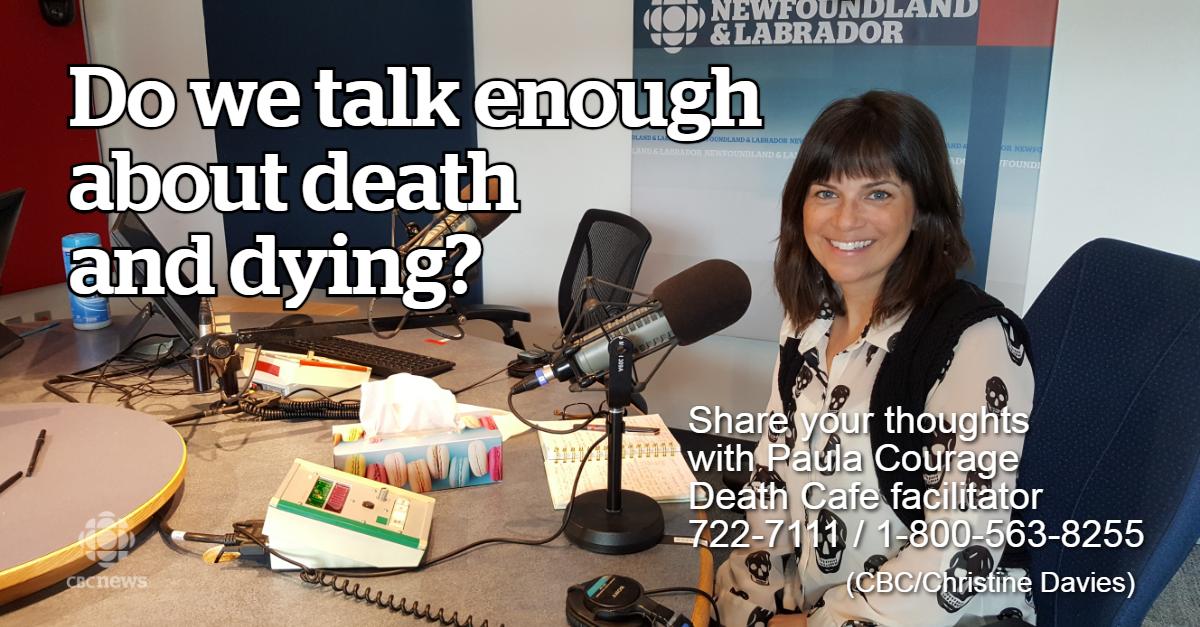 Of Life and Death.  The inspiration behind the name of this blog is the notion that we are living beings  who will one day die and that by exploring our mortality, we are more conscious of our living time.  After all, that is the underlying philosophy of Death Cafés.  A couple of years ago I co-hosted our province’s first public Death Café after being intrigued by an interview on the radio in another province.   The journalist asked a participant what they thought of the event and she responded, “Attending the Death Café made me feel more alive.”  That concept of aliveness is something I am always in search of.

Today’s blog comes to you in the form of an audio broadcast.  I recently co-hosted my 4th Death Café  and it got some media attention.  I was interviewed on the the morning show the day after the event and two weeks later, spent an hour on our local noon call-in show called CrossTalk.  Here’s the link.  The full shows runs over 55 minutes.  Listen to as much or as little as you like!  As it turns out, people have a lot to say about death and dying.